This update is also a good way to look back, understand what has been done and appreciate it, as well as analyze what’s happening in our lives.

You probably know about how things at the front are as you read it in the news. We can also feel what it’s like due to the feedback we receive from the friends and acquaintances who are there.

According to our government, about 30% of the electric infrastructure of the country was destroyed by the recent attacks. We have all started saving electricity much to make sure that the effect on all people and the economy is as small as possible. Winter is coming and people have rushed to buy the emergency power generators. Although there’s natural gas heating in most private houses, the automatic controls of the boilers and water pumps are still powered by electricity. People are hunting for power banks, batteries, and generators. The prices rose 4 times or more and it’s difficult to get them. The cheapest power generators run on petrol we had bought many of them and sent them out to the front line. I remember how we strived to get petrol at the beginning of the war and the huge lines to the gas stations. It was a happiness to have a few spare cans of it in storage. There’s enough petrol today and we even consider buying petrol generators.

However, many do not even think about petrol and generators at all. The war has affected the poorest badly. They think about what food they can afford to buy with their pensions. We have tried to support those who are in the worst need. With your help, we have bought 120 packs of diapers for the people who are taken care of by the local geriatric center in our town. 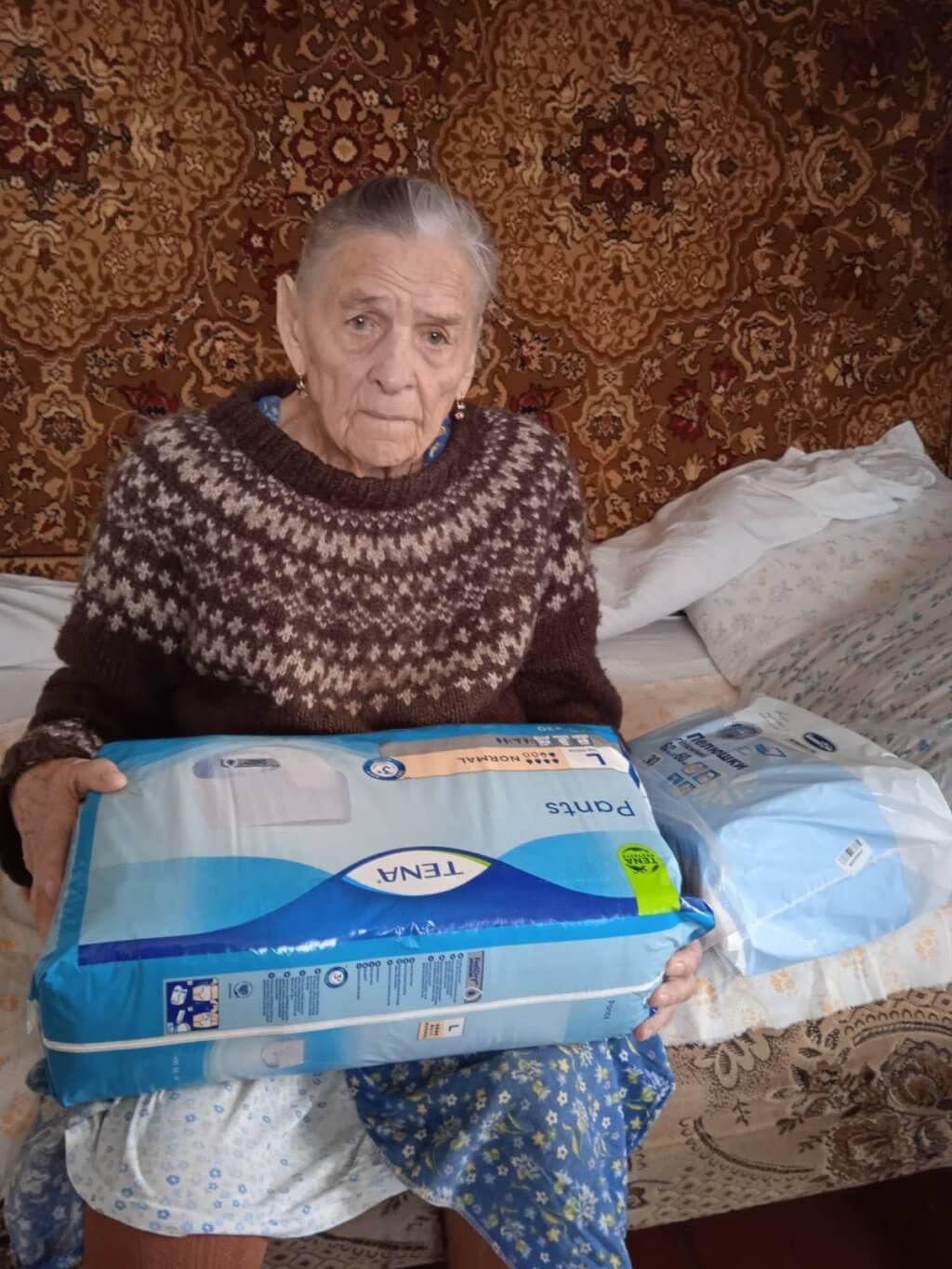 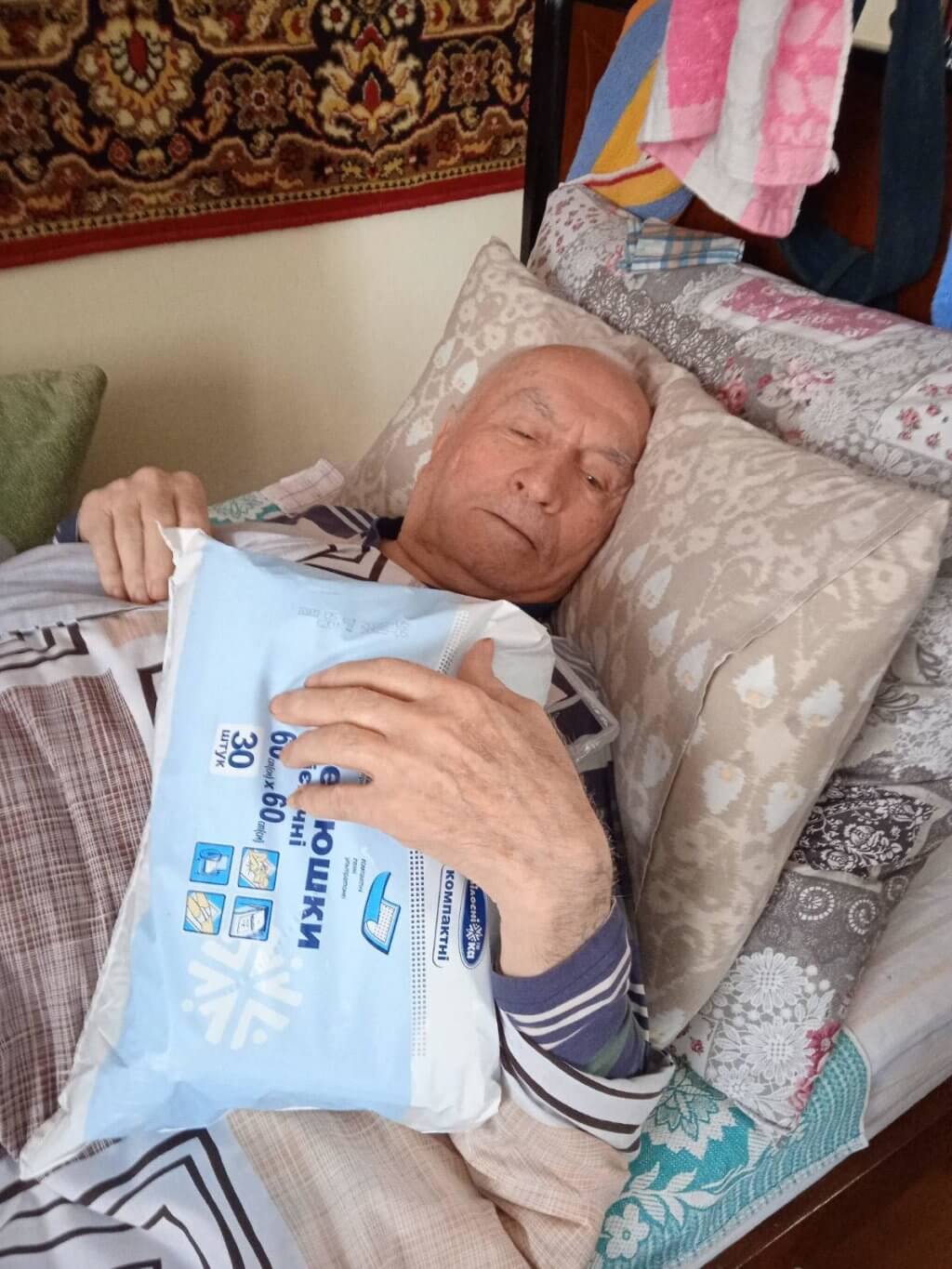 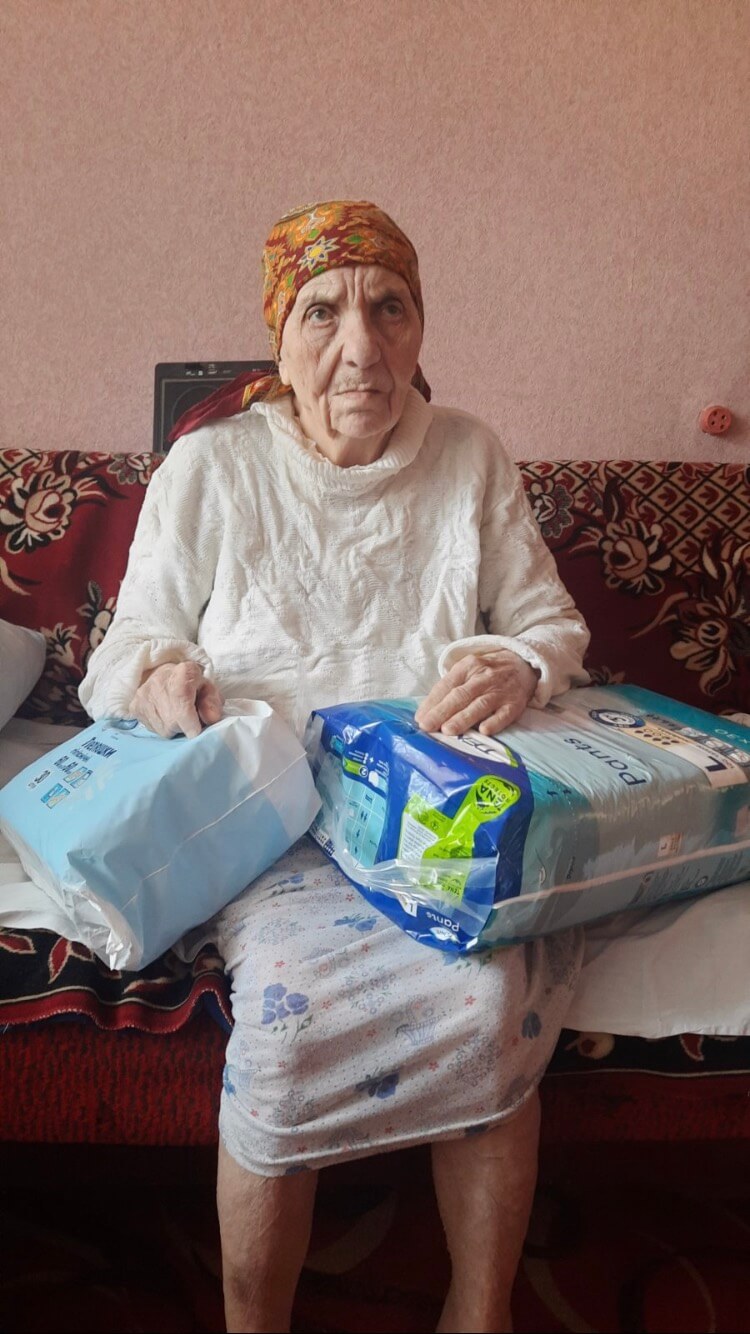 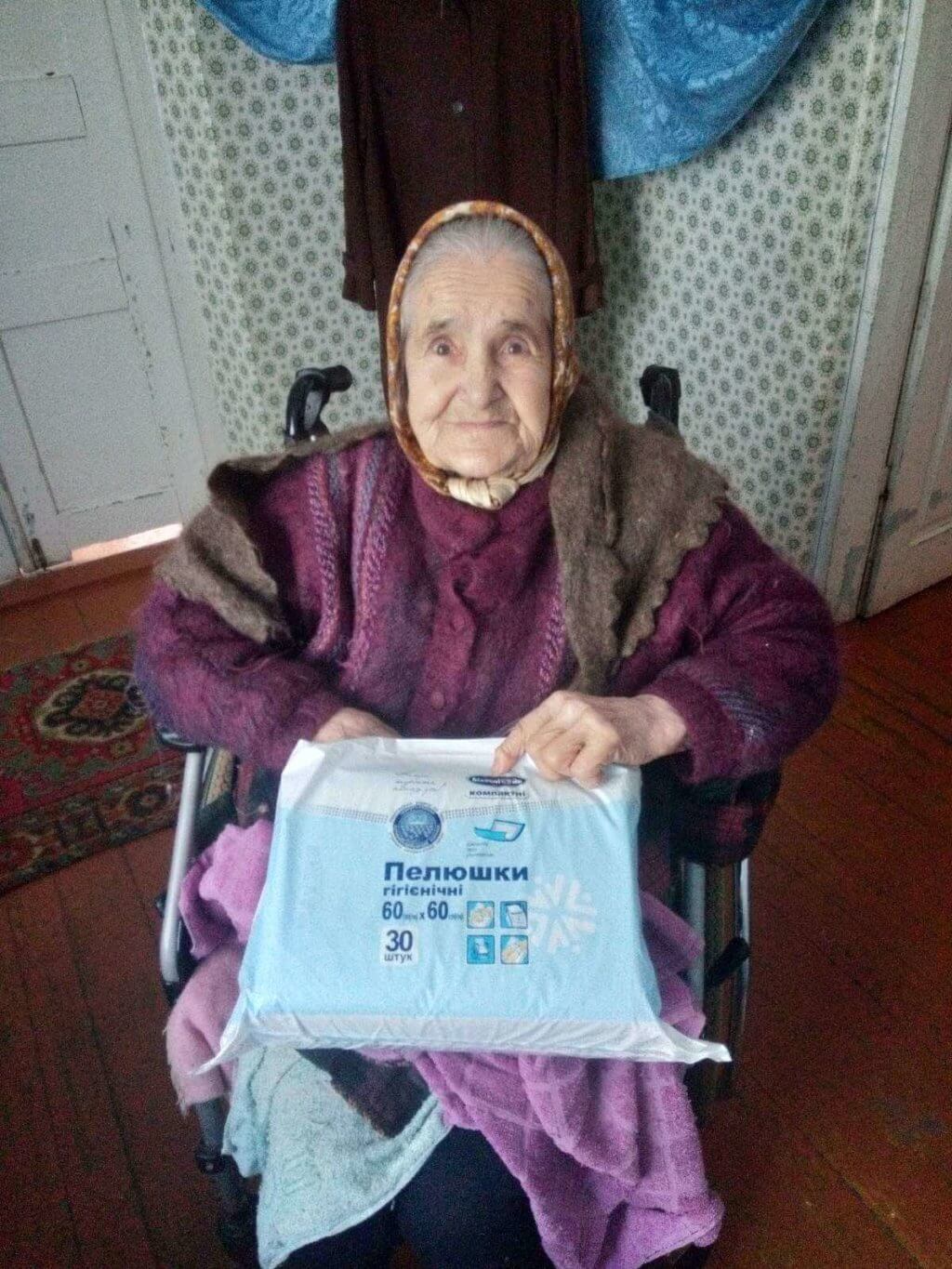 These are just basic regular needs that they are struggling to cover. There’s so much more to do to help them feel better at this stage of life: food packages, medications, wheelchairs and many other things. They deserve a dignified life. If you decide to provide support, you can include a comment when you make a donation on the CSUF website to indicate you’d like to support the elderly. Huge thank you from them.

We have bought lamps for the school bomb shelter. Every time we have an air defense alarm, the kids leave the classrooms and run to the cellars. It’s important to have proper ventilation, an independent electricity supply, and lighting. 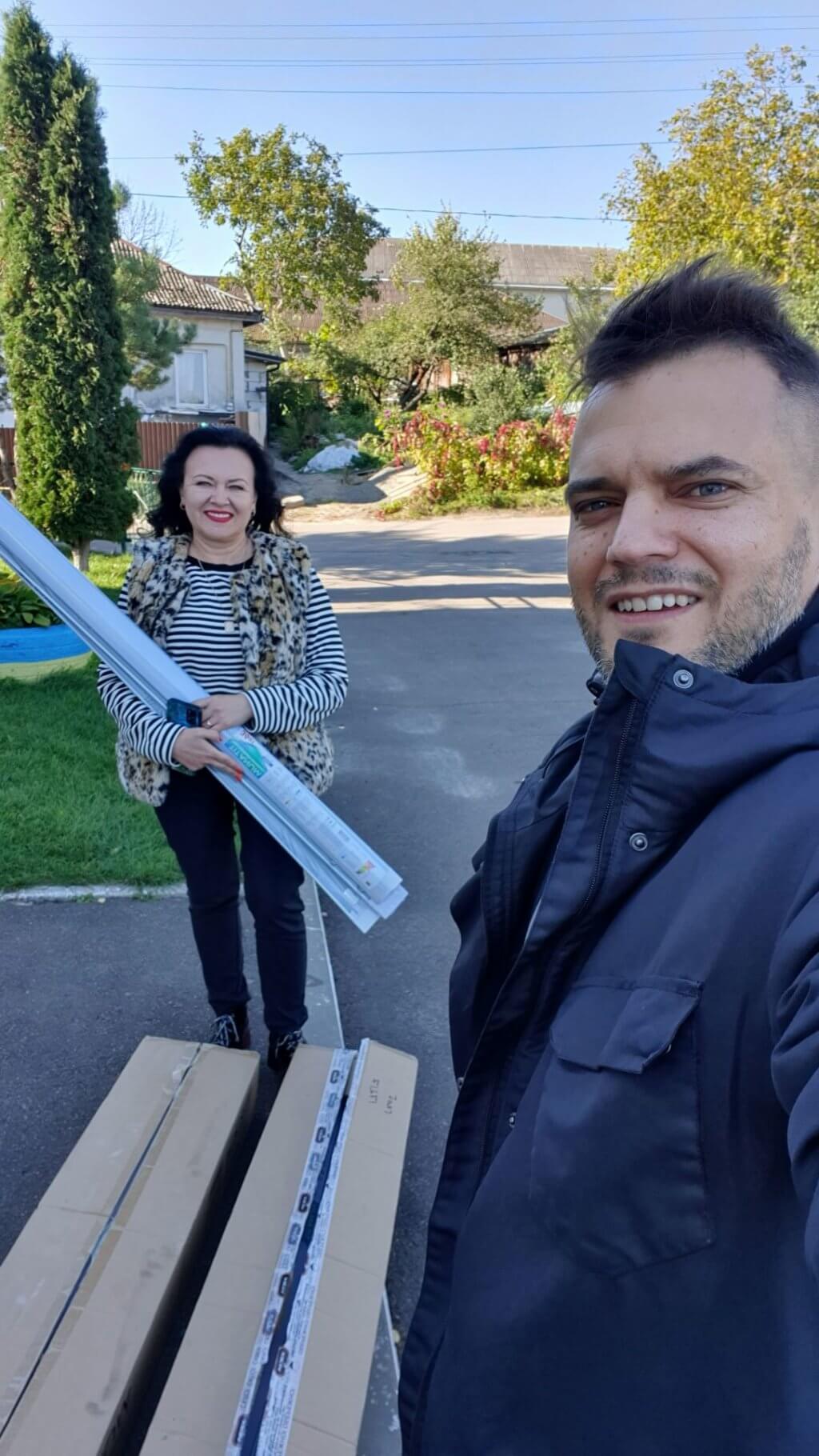 We keep providing supplies to the military. You have met our friend Alla in the previous post. We have been supporting Alla in her volunteer activity, providing supplies, all with your help. I wish to be able to help more. Her strength and spirit are unbreakable.

These are some thank you photos for you from other people we have helped. Winter boots are very important: 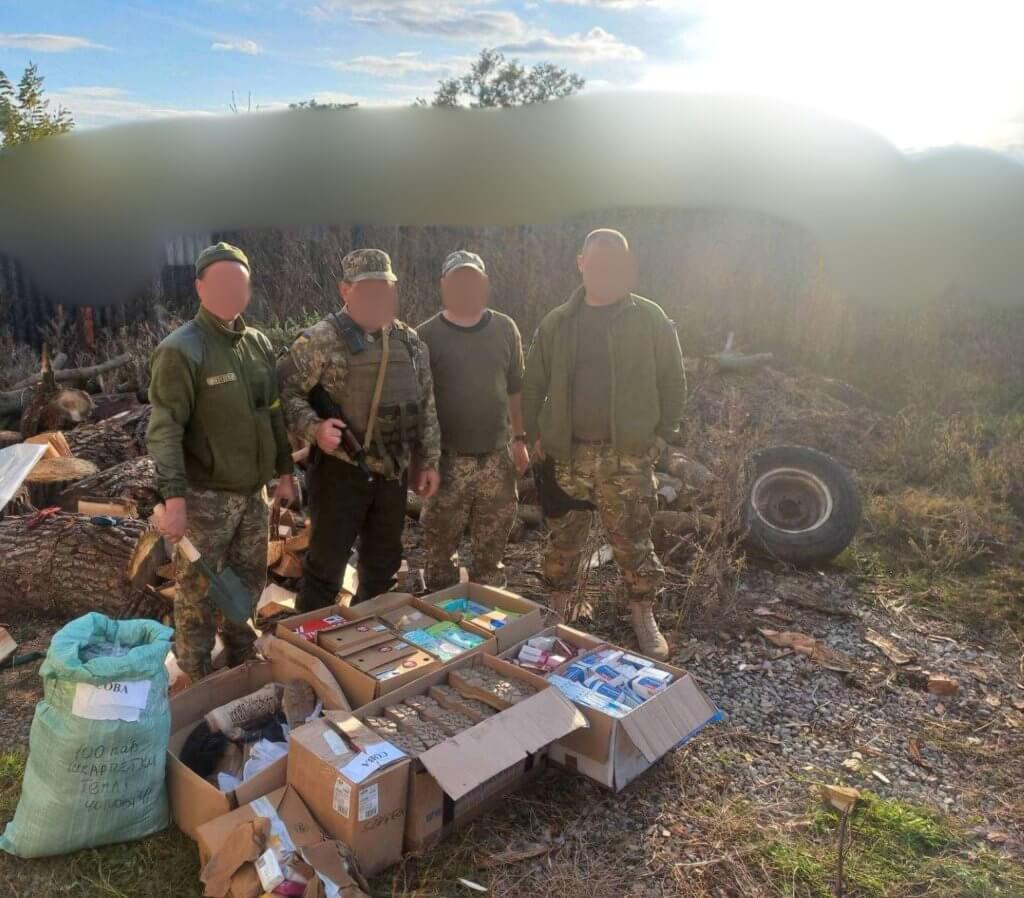 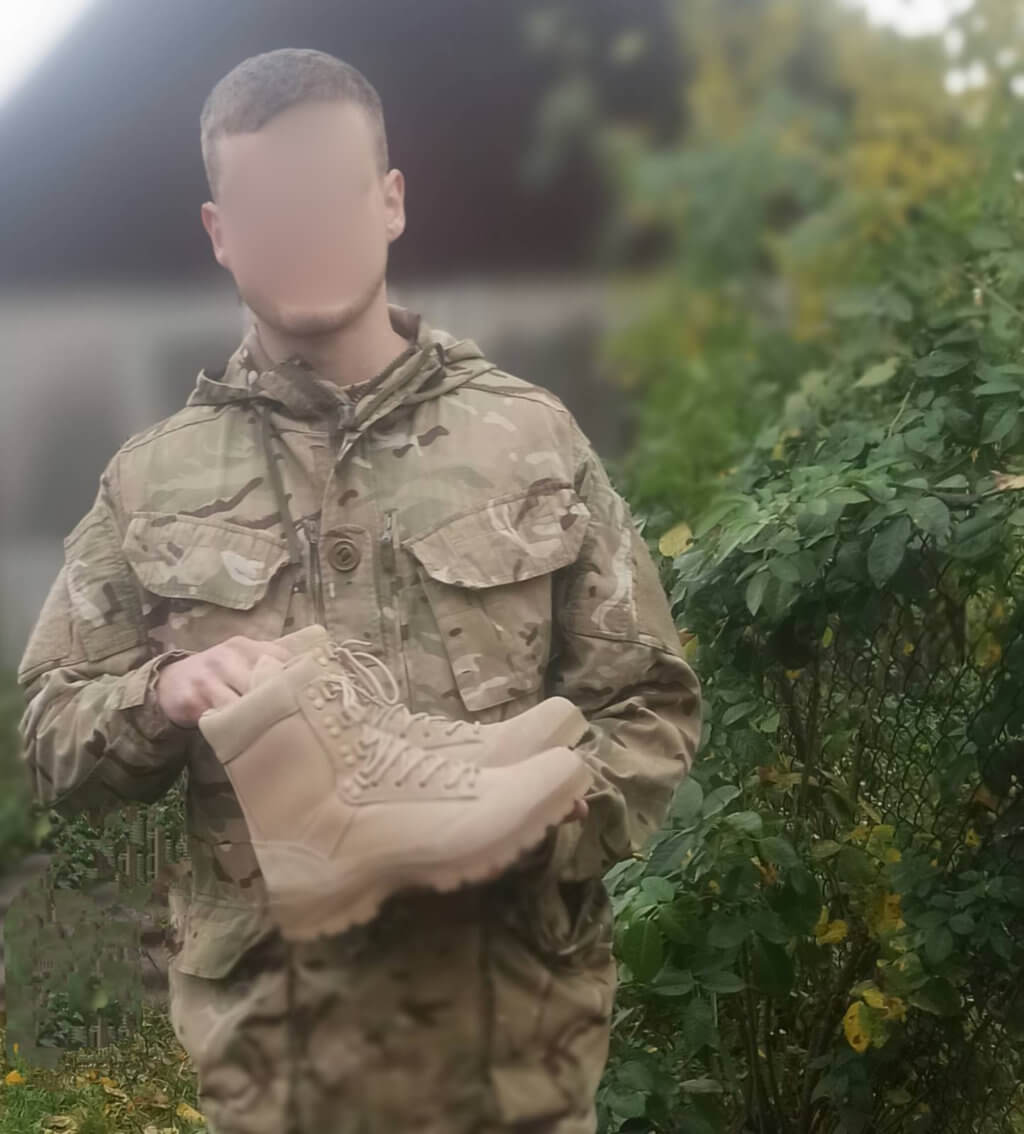 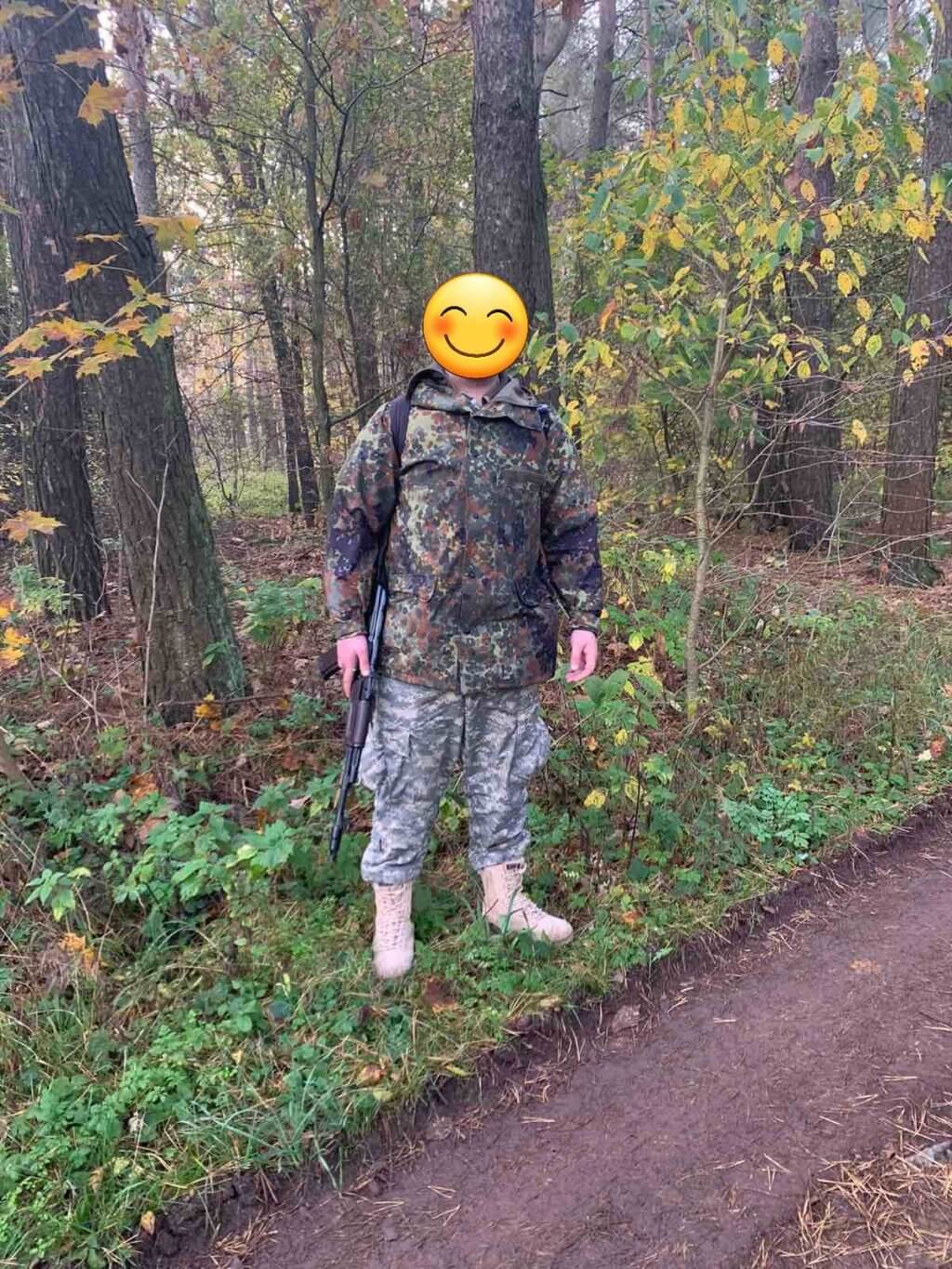 We keep helping with signal communications. Our volunteer team member Roma takes care of this direction. He’s also the cameraman who we shoot the videos of the interviews with.

All the devices that the soldiers receive get periodically burnt down, broken, or lost. We have bought a Starlink for one of the units as it’s their only way to be connected at some parts of the front:

We have bought some good modems for sharing the signal for other units: 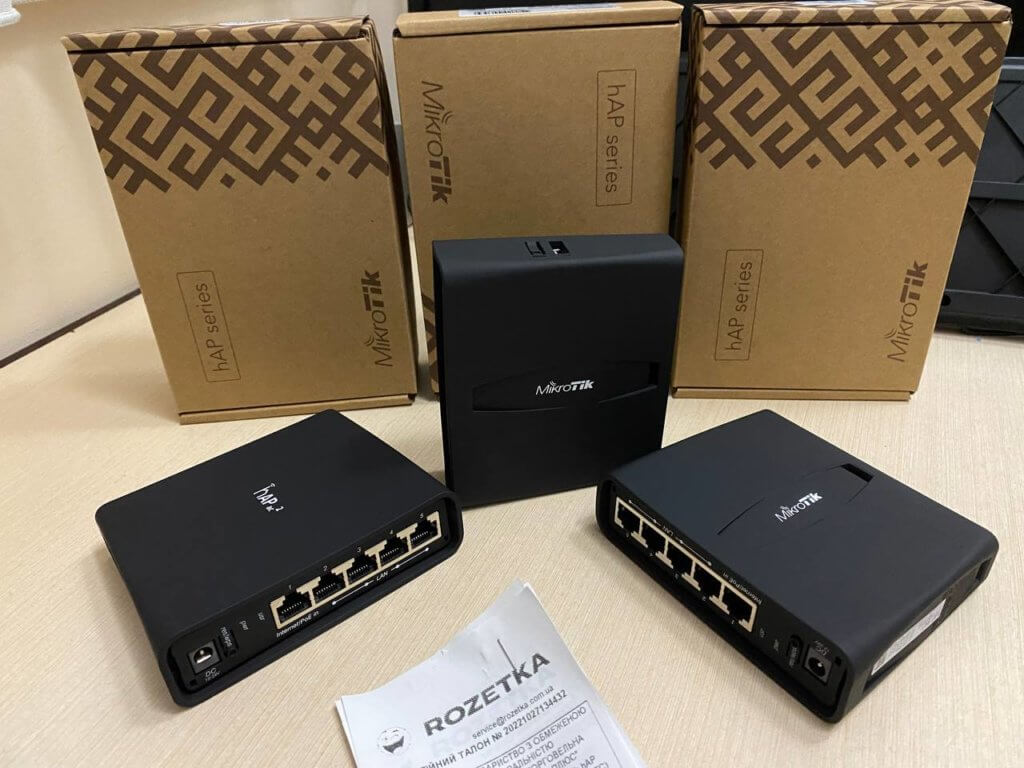 This is the antenna that we have bought and it’s in Kherson province where our military is advancing today: 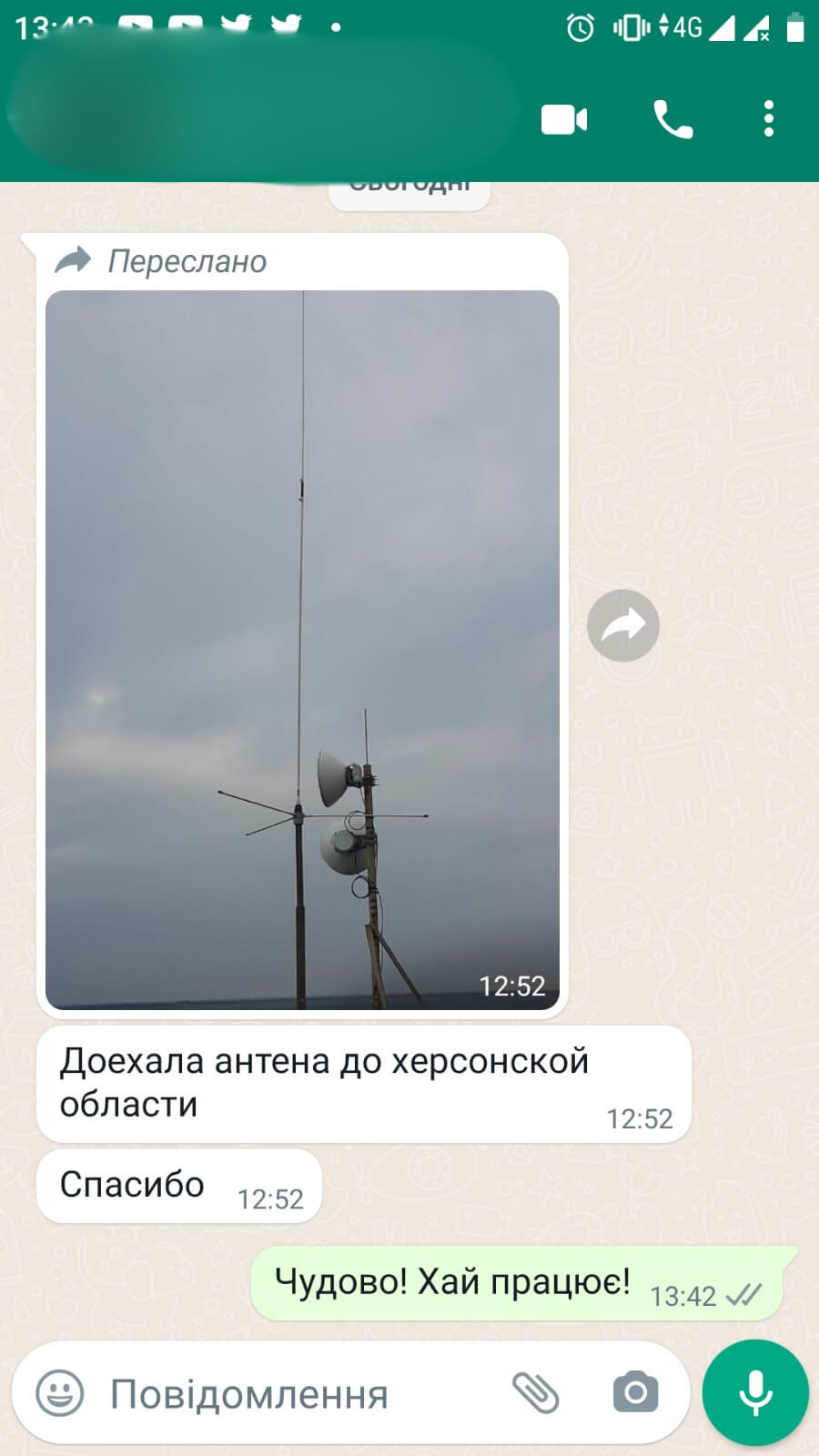 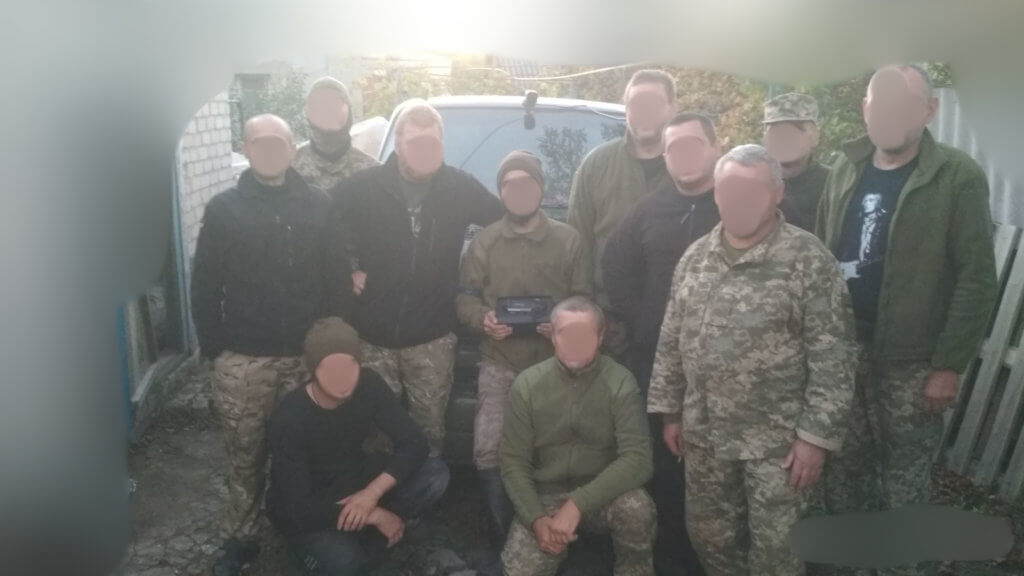 You may have heard about the so called “Russian land lease”: a lot of vehicles, weapons, and ammunition have been captured by our army. Many are broken and need repair. These are the connectors for the equipment that’s used in their tanks, very difficult to get but have managed to do it: 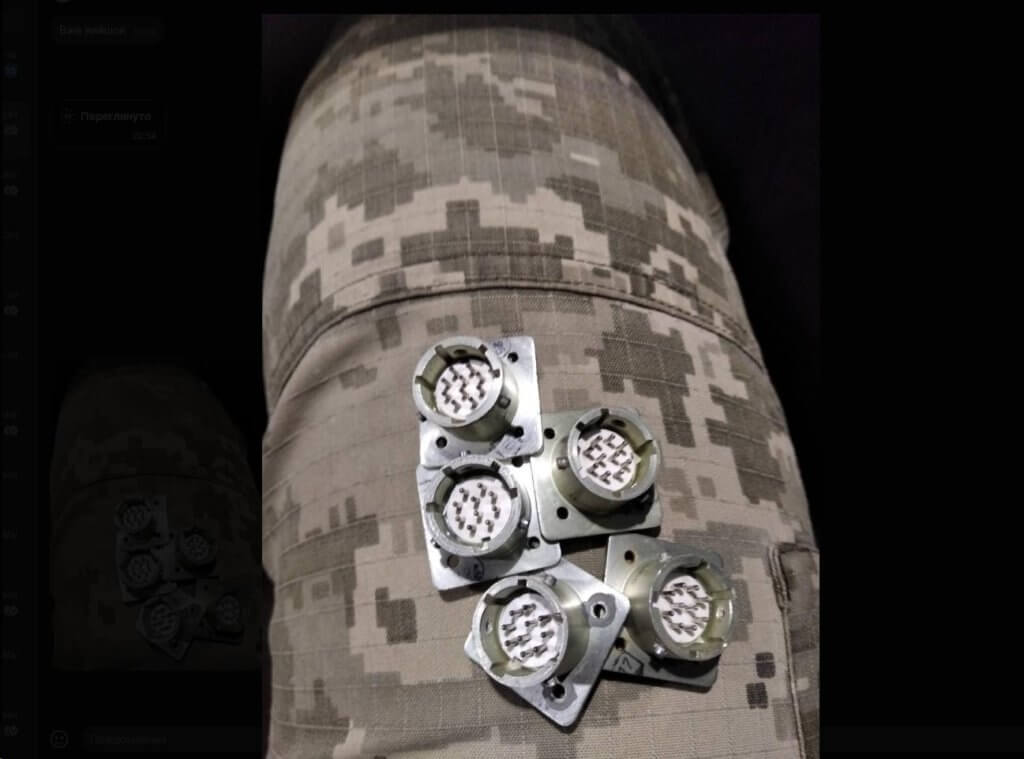 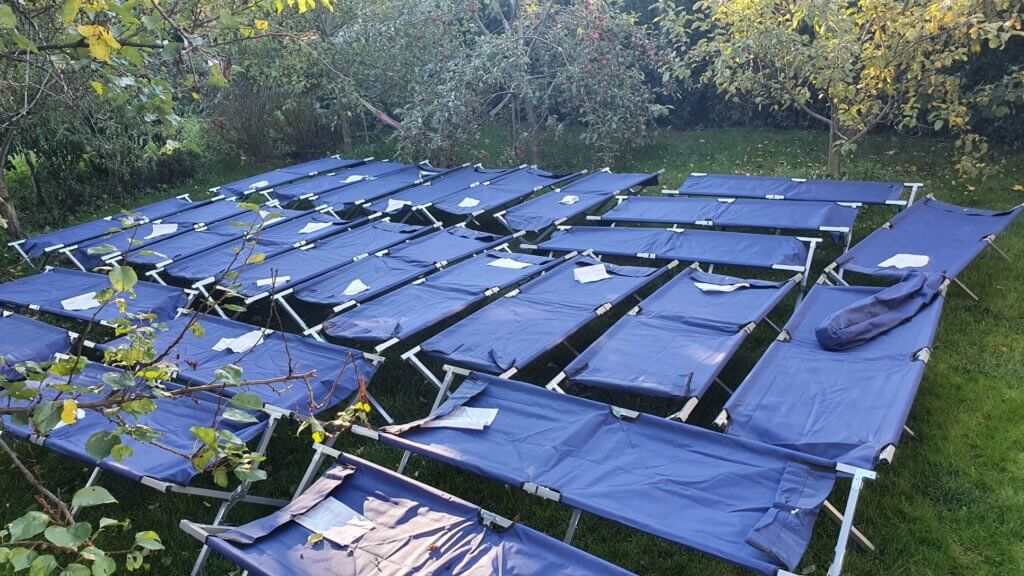 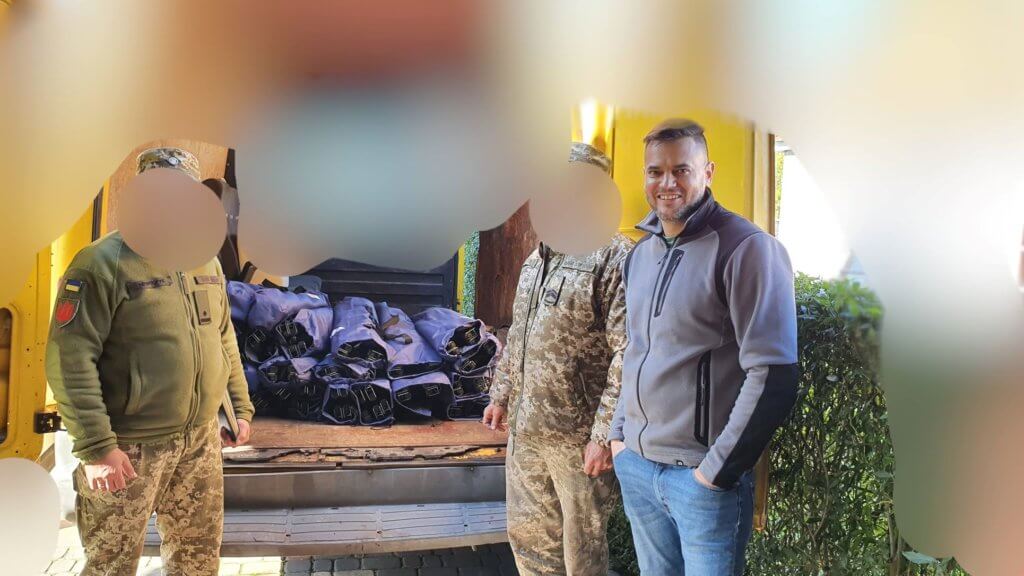 A drone, Mavic Air Enterprise 2 Professional with a night vision option has been our big investment. It was bought for one of the units of the National Guard of Ukraine that is now located between Mykolaiv and Kherson in the south. 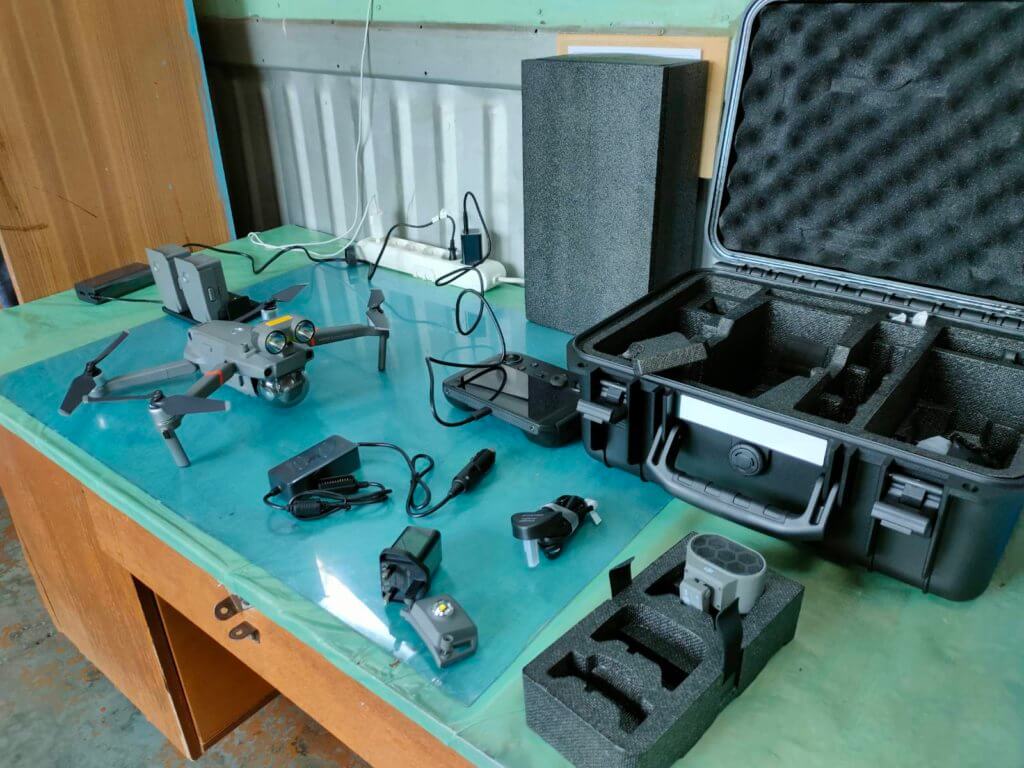 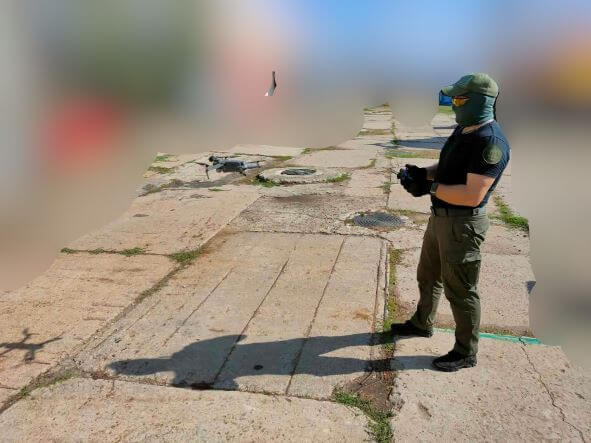 That’s just part of what has been achieved recently.

At this time, we are looking for the possibilities to supply a military unit that has been affected in the recent fights a lot and I have got the list of needs. It’s big. Even when there’re enough supplies at some stage, they still get lost, broken, torn, and burned in action periodically. We want to buy warm clothes (uniforms, boots, gloves, thermal underwear, socks) and basic equipment like sleeping mats, sleeping bags, night vision cameras, range meters, and radiophones.

Any help you can provide is precious.

I would also like you to meet Nastia. She’s a member of our volunteer team. Unstoppable. Always ready to go on and help others. We have received a thank you diploma from the mayor of our town recently. 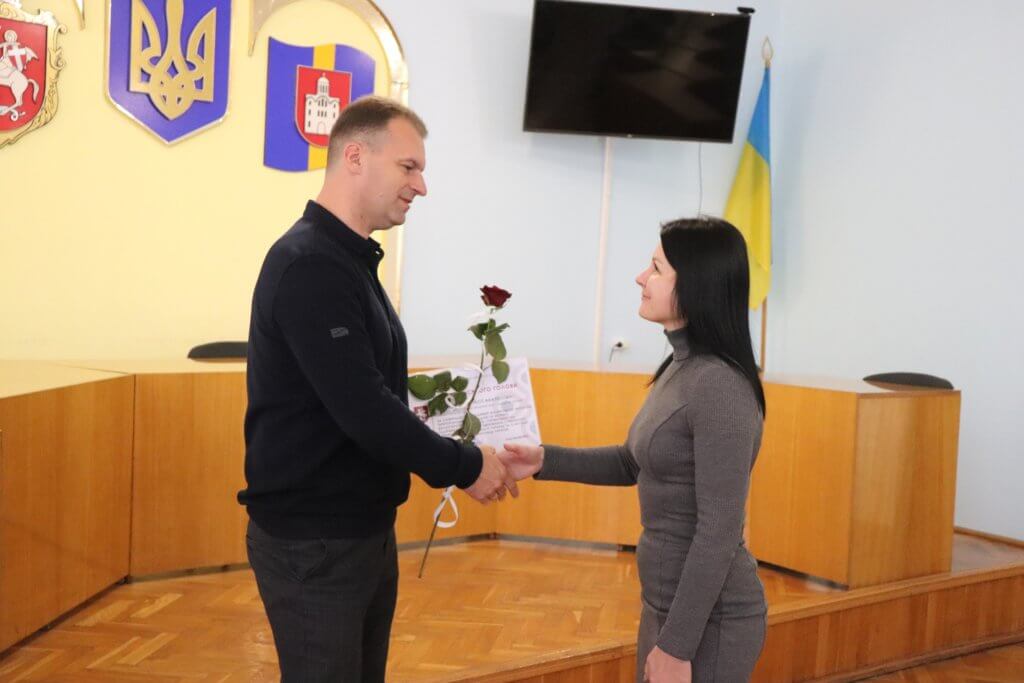 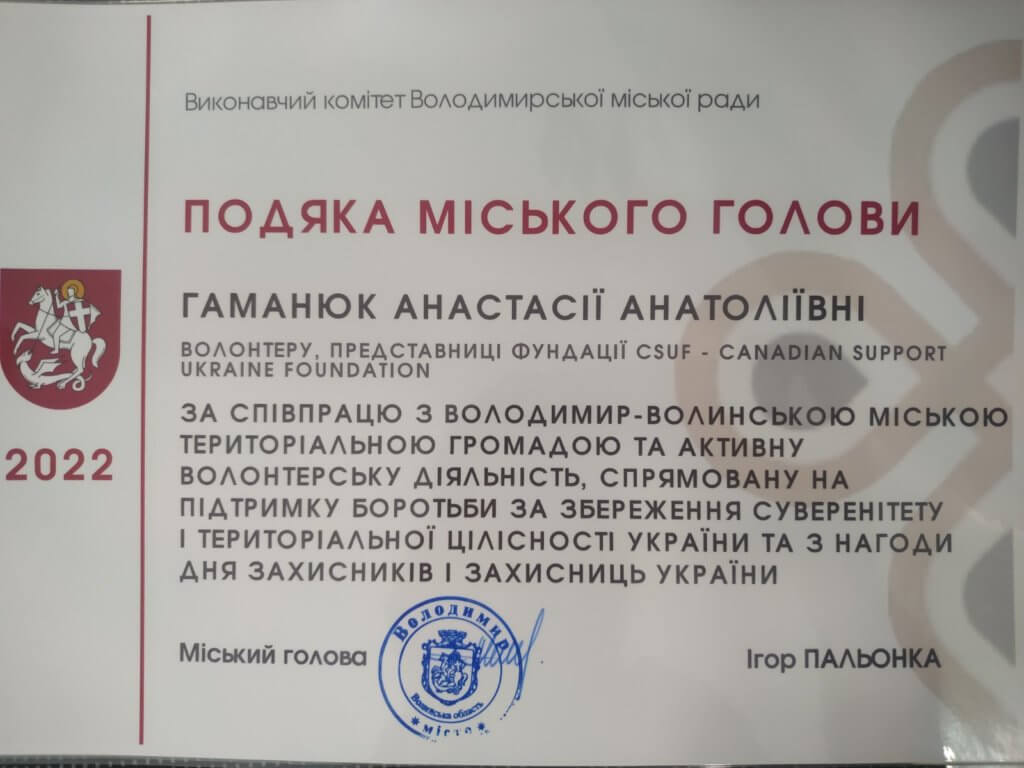 That’s the way to express gratitude to Nastia, the representative of CSUF on the occasion of the day of Ukraine’s defenders “for cooperation with the territorial community and active volunteer activity aimed at fighting to preserve the sovereignty and territorial integrity of Ukraine.”

We keep going as much as we can. Step by step.

I must say that it’s the time when your continued support is of vital importance to many and thank you for being with us. Send us a message if you have any questions and keep supporting us.